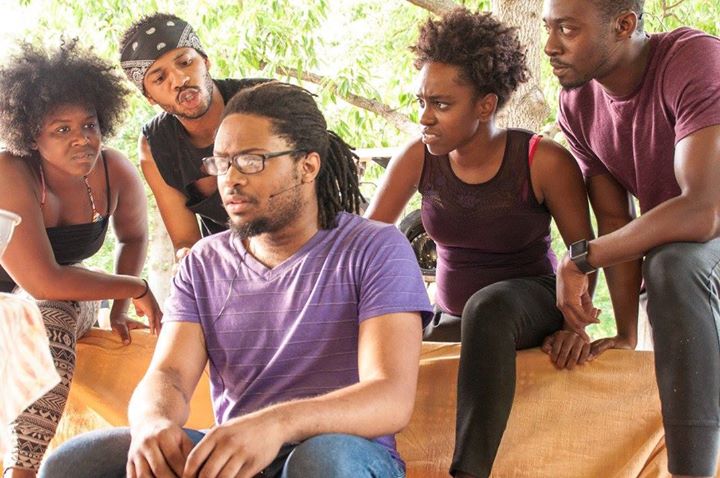 We’re reflecting on our favorite moments, designs and performances from Philly Theater in 2017…

The attention to detail and true originality in Masha Tsimring’s imagining of humanity as seen through the eyes of distant and future strangers was unforgettable, especially when paired with Brad Pouliot’s otherworldly sound design.

The criminally underappreciated Corinna Burns broke our hearts with her honest, nuanced performance as Anna.

4. J. Hernandez in How to Use A Knife

In a play that we agreed was very problematic, J. Hernandez offered a multi layered performance as Carlos that transcended the material.

Thomas Choinacky’s native squirrel, under the direction of Rebecca Wright, was a subtle and understated performance that told the story of abusive relationships with compassion and dignity.

6. Running Numbers from Theater in the X

New playwright Cheyenne Barboza’s Running Numbers was well structured, thoughtful, reflective, funny and important. Theater in the X was right to get it in front of appreciative audiences under the skilled direction of Christina May. Niya Colbert killed it as Mouse in a performance that was hilarious and surprising.

7. Litany of names in AGAIN for the Bridge Festival

The listing of black victims of brutality to a hauntingly steady beat at the end of the Bridge PHL Festival was an unforgettable moment. Playwright TS Hawkins’ relentless reminders of the realities of black life are crucial, as are efforts like Bridge PHL to get the work produced.

9. Props and costume design for Orbiter 3’s The Brownings

10. Representation Pushback to the Barrymores and Institutions

Our favorite theater moments of 2017 didn’t happen on stage. They happened in conversations on and offline. We started to really feel the momentum as women and POC in Philly theater demand representation, recognition and resources. The bravery of those who stood up, spoke up, opted out and pushed back was at the heart of this theater year.

*Note, Vanessa Ogbuehi was originally not included in the cast of Scaping. This was an oversight and we apologize.